A Bug Party for Junebug 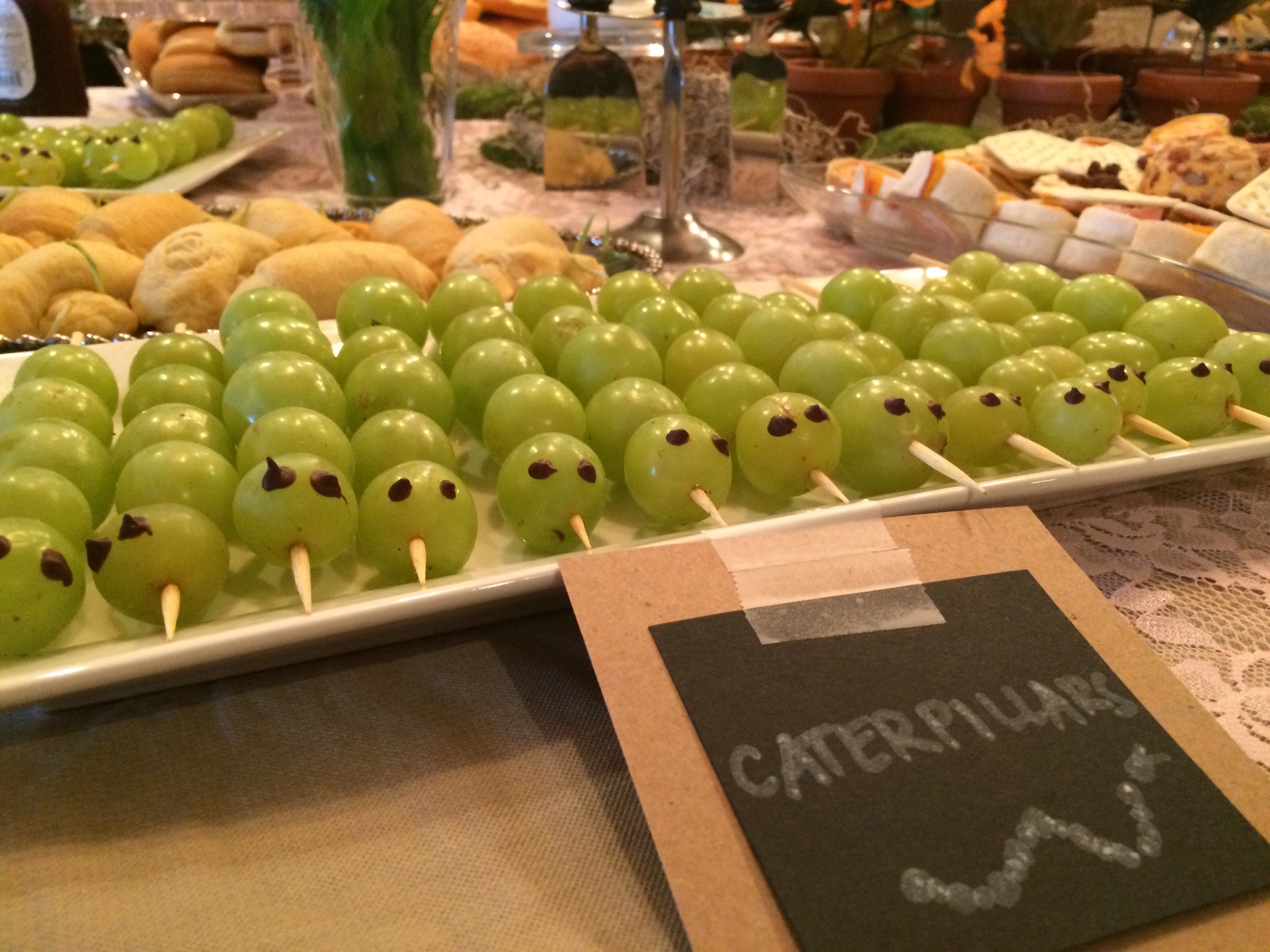 For Juney’s first birthday party, in honor of her being our little junebug, we decided to throw her a bug party. But not a gross bug party- a girly one. More like a garden party. Unfortunately the weather did not cooperate, so we had to move our garden party indoors, but it was still pretty buzzin’. I got some ideas for the language of invitation off of Pinterest and then designed their invitation using pages, Etsy flower images and some bugs I copied & pasted off of google image.  Ginger and Pearl, her two older sisters, helped make the beehive pinata. I watched this DIY tutorial on youtube and we modge podged some old newspaper, wrapped it in streamers and added a few pom poms, vellum paper with black pipe cleaners all hot glued together and WALLAH:

Since we moved indoors, I wanted some things to “garden” up the house. So, the day before, I painted a Happy Birthday sign with grass & bugs…

And I cut out some circles of old cardboard boxes with some leftover fabric to make these lovely creatures. I hung these above the fireplace. They helped me bring the outdoors in, even though it was raining!

My husband drilled some 2×4’s together to make this bug photo booth, which I will probably use in the future by just replacing the fabric and doing something else.

Once again, our favorite baker Kathleen came through with an amazing smash cake. I told her I wanted butterfly/garden theme and sent her a copy of the invitation. This is what she came up with.

I love that June ended up a hot green mess at the end of the night.

Or watching the looks on their faces when they discovered that amongst the other candy, my mother in law had accidentally bought Warheads. The kids were not amused by this oversight.

And finally, the favors. I did little bags of jelly beans held together by a paper clip & some pipe cleaners to make butterflies. And a friend gave me some butterfly bubbles from the dollar store, so I threw those in there too!

June has been a super serious baby since day 1. And we joke that she didn’t smile the whole first year of her life. But I kid you not, the kid woke up the day after her birthday party and was all smiles for like a week. I think she was so used to being all go-with-the-flow-third-child, that she finally got some attention and it was like she just came into herself! That was six months ago or so and I really feel like it was a turning point for her with little personality. So, on top of being a creative outlet for me and a great chance to pull friends & family together while creating a fun memory, it also just reminded me how special it is to celebrate children. Not that you have to go all out each time, but it really does impact their little hearts when they know you’re lavishing love and attention on them. What a precious little gift, our Junebug.