Maybe It Is Just a Phase: 7 Ways to Build Trust with Your Toddler

Posted on August 22, 2015 by Elizabeth McKinney 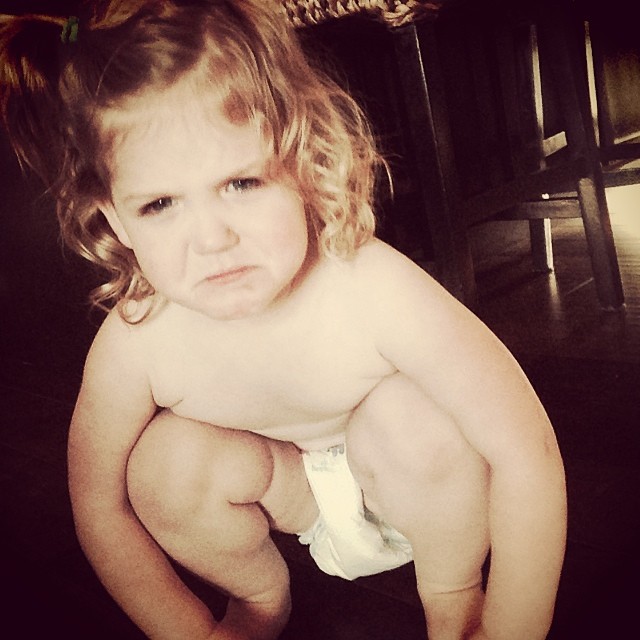 Does your toddler trust you? It felt like mine didn’t for a while.

I remember it vividly. It was almost two years ago- I was pregnant with June (our 3rd) and I was expecting someone to come over to help me with our 4 & 2 year olds. Just before the door knocked, Pearl (2 at the time) woke up from her afternoon nap. She had been going through a major daddy phase & I feared it would not go well when I went into her room to get her.

I opened the door and as soon as she saw it was me, she started screaming & crying, “Daddy! Daddy! Daddy! I want Daddy!” With her arms flailing & legs kicking,  I picked her up to change her diaper and then went to answer the door to let Hillary in. Surely she’ll calm down in a bit.

But not only did Pearl not calm down, it got much worse. Over the next 10 minutes, she began to hyper ventilate and through hiccups & shortened breath, she continued in her tantrum, barely intelligible.

Innocently, Hillary asked the natural question: “What’s wrong??” Humbled, I answered her honestly, “She’s upset because I went in to get her. She wants her dad.”

Pearl didn’t like me for a while. It was easy to blame myself and feel like it was because of all the changes coming with my growing belly. And maybe she was struggling with the idea of a new baby coming. Or maybe it was just a phase. It sure didn’t feel like one.

This continued. Not usually this extreme, but often in small, equally painful gestures. At bedtime, for example. After reading books & singing songs, she’d snuggle into her bed & I’d reach out to give her a hug. “No! I DON’T WANT A HUG!!” And she’d jerk her body away quickly. Hmm, maybe Ginger was “the affectionate one” & Pearl was the “tougher one”. Or she’d fall & scrape her knee and instead of running to Mommy for consolation, she’d get mad at me if I offered a hug and insist she was fine- though she clearly was not. I thought there was some sort of written code where kids automatically always wanted Mom when they were hurt. Everything’s better with a hug from mom, right??? Apparently not.

It seemed this was never going to end. Ginger was growing more & more affectionate and meanwhile Pearl was… not. It was almost impossible for my heart to not equate this in black & white terms: Ginger loves me. But Pearl doesn’t like me.

It hurt my heart.

My husband & I had many late night conversations where he would encourage me to hang in there: “It’s just a phase. We have to be careful not to react in ways that perpetuate her behavior. If you act out of your insecurity, it could & most likely will become a self-fulfilling prophecy.”  I knew he was right, but for this mom whose tendency can be to take things personally, I was struggling.

Although sometimes we need to hear other moms simply understand our struggle, we also from time to time, need vision for holding out hope, especially in the little years. Fast forward almost two years later and I can say with joy & relief, that really was just a phase. Pearl has even swung to where she is very clingy with me. She tells me she loves me and gives me big snuggles & hugs. Of course I’m not saying there won’t be new phases and challenges ahead- even at times cycling back into some of the very same ones. After all, we’re currently going through similar things with June… and soon it will be Annie. But I am encouraged by the pay off we’ve seen in Pearl after fighting really hard for my relationship with her & I’m confident the outcome could have been quite different if I’d responded to my natural tendencies. So, if you’re a mom who feels your phase will never end, this is for you.

Here are 7 general principles that have helped me fight for trust with my toddler:

So I hold out hope for you, dear Mom. Parenting is meant to be a reflection of the way God parents us. He loved us first and He never stops coming after us with that undeserved grace that turns us upside down. With His help, you can resist that Momguilt which threatens to destroy you & your relationships with your children. And you can flex that mom muscle, which says you will keep moving toward them even if it’s hard and sometimes on their terms. From this mom’s heart to yours: Hang in there, Mama.  Maybe it is just a phase. And maybe- just maybe- by God’s grace there will be payoff down the road.

What of this can you relate to? What does your #momguilt tell you? What’s one way you’ve built trust with your toddler?

One Comment on “Maybe It Is Just a Phase: 7 Ways to Build Trust with Your Toddler”

Has anyone else thought about wanting to make bread but didn't want to buy a bread machine for fear of having another appliance that doesn't get used? I recently posted to a Facebook group to see if anyone had an old one sitting around that was collecting dust that we could buy and had TWO people offer to give us theirs for free! So, if anyone has any good bread machine recipes, send 'em my way! 🍞🍞🍞🍞🍞🍞🍞🍞🍞
Our peach tree bounty! Except that we had to spray for Japanese beetles so we're afraid to eat them. Anyone know of a safe insecticide for next year??? 🐞🕷🐜🐛
When it's time to say goodbye, you make a lemon tart #bittersweetgoodbyes 😭 @mel_thehoneybee