Why Halloween is My Boo

Posted on October 16, 2016 by Elizabeth McKinney 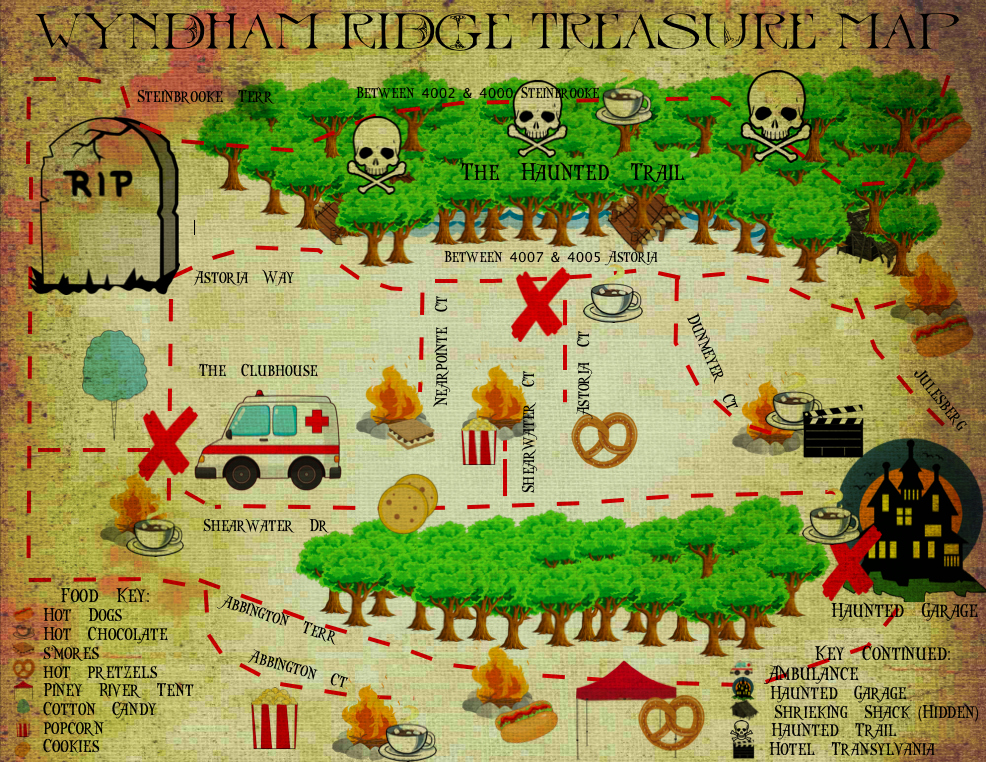 Football is in full swing, people are buying more Yankee Candles than usual, Starbucks has a new Chili Mocha and fruit flies are beginning to die. It is, after all, the most wonderful time of the year: Fall. Which also means that we’ve taken our family vote (no more vacillating between Disney movies and weather pattern costumes) we’re all going as Inside Out characters for Halloween.

As a mom in full-time vocational ministry, I’ll be honest: I first felt like a closet Halloween-lover. Despite the fact that I grew up trick-or-treating my whole childhood, I always had this awkward uncertainty: “Is it really okay to love a day that’s been relatively taboo in the church in years past and that some Christians abstain from altogether?”

But then my love for planning neighborhood parties collided with this controversial holiday and something really special happened that freed me up to not only participate, but to go all in with Halloween.

My husband and I had been co-hosting block parties and Easter Egg Hunts for a couple years, but with ours being a newer neighborhood, we were all dispersing to the more established neighborhoods for our trick-or-treating merriment. In cahoots with our neighborhood party planning posse, we decided drastic measures needed to be taken to keep people local. So, we started with our neighborhood Facebook group and what happened blew my mind. Before we knew it, we were designing treasure maps for all the different “stations” which included everything from hot dogs, hot chocolate, popcorn and s’mores to a haunted garage and haunted trail!! It blew everyone’s mind. We had neighbors coming together- young & old, single and married with kids- and our neighborhood CAME ALIVE. People were saying that they had never had so much fun on Halloween- even as a child!

All of this caused me to further consider the Christian subculture concerning Halloween. In short, here are 4 objections I’ve heard (and maybe even had myself) and why they may be “Christian,” but not necessarily Biblical:

Objection: But Halloween has pagan roots- doesn’t that go against what I believe as a Christian?

If you are concerned with pagan roots, you might not want to think about the implications that would have on other things such as wedding rings, our calendar, the English names for days of the week, eye makeup, piñatas, kites, bridesmaids and saying “God bless you”, to name a few. But it’s comforting to know that the Bible addresses some of these very concerns- in different circumstances, but with principles that apply today. The apostle Paul wrote to a church that was arguing over whether or not they could eat meat that had been sacrificed to demons and which of the Jewish holidays they should and should not recognize. Though he was “fully convinced that nothing is unclean in and of itself,” he also understood that for some, it went against their conscience. Consequently, he urged them to withhold judgment, be motivated by love, and use their conscience to determine how to proceed on these opinion level issues. As  one author said, “There is no demon meat – just meat that can be eaten in celebration of Jesus. Jesus made meat, and it is a good gift. Don’t get rid of the meat. Rather, get rid of its demonic association and redeem the meat for Jesus.” Just as you are free to wear eye makeup and a wedding ring without violating your conscience, you are free to enjoy, celebrate and redeem Halloween.

Objection: But I can’t. There are skeletons and tombstones.

Jesus called out the religious leaders for being like whitewashed tombs, which may look deceptively clean on the outside but are full dead bones on the inside. How’s that for scary? The reality is, I should be more afraid of the self-love and vain conceit in my own heart than my neighbor’s haunted garage. I want to push back against the temptation for Christians to disappear and disengage because we’re spooked by a few lawn decorations and would rather hang out with people who are frankly more like us. As we resist the urge to sensationalize and shift our view from the big, bad world out there to the big, bad world in here… we become less fearful and freed up to see the redemptive parts of Halloween. That it’s unlike any other day of the year: Families all go out together. They dress up in silly costumes, knock on neighbors doors and eat candy until their tummies hurt. It’s glorious.

Bad things do happen on Halloween. Awful, evil things. And as believers, there are parts of this holiday that we don’t condone: inappropriate costumes, taking part in anything demonic (i.e.: ouija boards, séances, etc.), drunkenness and sexual sin. But consider broadening your view of evil. The average American Christian family who celebrates the birth of Christ on Christmas morning also lives in the tension of a season where western commercialism runs rampant. The evils of greed that give way to compounding credit card debt that can eventually destroy marriages don’t stop us from celebrating Jesus. And they shouldn’t. My point is that we live in tension. Hopefully, we reject the rotten, evil, wicked pull from our culture toward self-indulgence and materialism… or do we? Are we as spooked by the temptation to “charge it!” as we are of the plastic skeleton hanging in our neighbor’s tree? We’re not. And even if we were, those unholy and irreverent parts of our culture at Christmastime would not-and should not- keep us from celebrating the coming of our Savior. I think there’s a way to reject certain aspects of Halloween and embrace the redemptive aspects.

When you’re considering whether you should treat or re-treat, consider Jesus, who stepped into our world. He wasn’t fearful or unnerved by the darkness of the time and place He entered history and He isn’t terrified or even alarmed by the darkness of my world, my heart.  He knows better than anyone how deep my darkness goes and despite all this, He comes right to me- unafraid, undaunted, unapprehensive. And that’s how I’ll approach Halloween.

Has anyone else thought about wanting to make bread but didn't want to buy a bread machine for fear of having another appliance that doesn't get used? I recently posted to a Facebook group to see if anyone had an old one sitting around that was collecting dust that we could buy and had TWO people offer to give us theirs for free! So, if anyone has any good bread machine recipes, send 'em my way! 🍞🍞🍞🍞🍞🍞🍞🍞🍞
Our peach tree bounty! Except that we had to spray for Japanese beetles so we're afraid to eat them. Anyone know of a safe insecticide for next year??? 🐞🕷🐜🐛
When it's time to say goodbye, you make a lemon tart #bittersweetgoodbyes 😭 @mel_thehoneybee